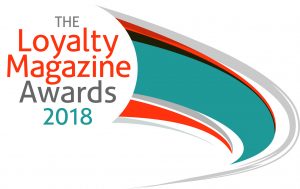 The extension of The Loyalty Magazine Awards geographical boundaries to include the whole of Asia for 2018 has resulted in a huge increase in entries, and a major challenge for the judges!

Entries from Japan, New Zealand, Russia, Australia and across the Europe, Middle East, Africa, India and Asia regions have been flooding in for this year’s Loyalty Magazine Awards, to make this the biggest year by far in the seven-year history of the awards.

More judges
Anticipating more entries than previously, CEO of The Loyalty Magazine Awards Annich McIntosh, who is also editor of Loyalty Magazine said: “We have again increased the number of judges to ensure they are not too overworked, and also to ensure all regions and all areas of loyalty expertise are represented. Even so, we are surprised and delighted by the response.”

Annich commented that there are some very big – and new to the awards – brands, some emerging players, and some small organisations too, that are doing innovative and unexpected things to challenge the accepted order in loyalty. “It is a fantastic mix that will call for some tough decisions from the judges,” she said.

The Loyalty Magazine Awards prime sponsor is Currency Alliance, the diamond sponsor is Tranxactor, with For Good Causes, Givex and The Collinson Group as category sponsors. Supporting organisations are The Entertainer and Loyalty Magazine.

This is a fantastic opportunity for those working in loyalty to take advantage of two significant networking events. The Loyalty Magazine Awards celebrate excellence and creative thinking in customer loyalty. Then the next day, The Loyalty Surgery will provide the forum to discuss who is doing great things, what made them great and how they are able to stay great. This will be about holistic loyalty, explained, analysed and dissected.

So whether you have entered The Loyalty Magazine Awards or not, don’t miss the two biggest events in loyalty.