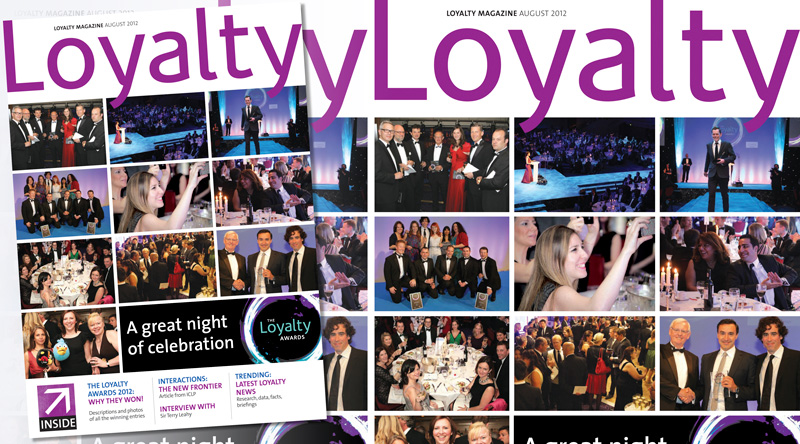 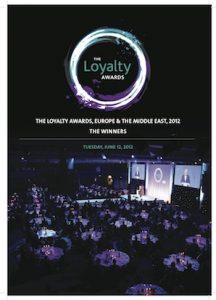 The inaugural Loyalty Awards enjoyed overwhelming success in June 2012 with much celebrating and valued networking.  The event saw some of the industry’s most influential and key figures from across Europe and the Middle East gather at the prestigious Grosvenor House Hotel in London’s Mayfair.  The Awards ceremony was hosted by comedian Stephen Mangan of BBC TV’s Golden Globe winning Episodes, who congratulated winners for their outstanding achievements and innovations in front of an audience of over 800 industry colleagues, peers, customers and suppliers.

The Loyalty Awards were supported by prime sponsor Aimia and David Johnston, President and CEO at Aimia welcomed the launch of the Awards saying “At last loyalty programmes and loyalty marketers are being recognised for the contribution that they make to improving customer relationships and building long term profitability.”

Reflecting on the first ever Loyalty Awards, Annich McIntosh, Editor of Loyalty Magazine and a Co-Founder of the Awards said she was delighted to see so many well known names in the audience, but stressed that it was also important to pay tribute to those who can usually be found beavering away in a backroom somewhere and who don’t often gain glory for their achievements.

“Feedback has been extremely positive. People have been delighted with the razzmatazz of the evening and really appreciated the chance to widen their contacts. Lots of attendees have said it has raised the bar for loyalty and that they are determined to be even more active in terms of entries and participation next year.”

We would like to extend our congratulations to all our 2012 winner and finalists. A huge selection of photographs of the awards night, and all the winners are available both to browse and to purchase. Click on this link.